﻿ Artists and Scientists Get Together Meetup Group

Home Past Events About GDPR 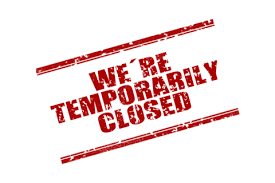 Closed for the duration

No events are planned until the pandemic is over and things are back to normal. Check back from time to time as the situation is changing rapidly. As the object of this group is to meet IRL virtual events will not be held.

With the uncertain future of Meetup this site is undergoing an upgrade and you will, in the near future, be able to subscribe to email updates and RSVP to events.

This site already loads faster than Meetup and arguably offers a better experience to members and at a fraction of the cost. If you are a Meetup organiser and are interested in setting up a similar site to this please get in touch at Office@asgtmg.co.uk

The first Italian fair in London took place in 1888 under the patronage of the Italian Chamber of Commerce and Industry for the UK, founded just one year before.

From that moment, the Chamber began consolidating its activities, becoming a landmark for the Italian community and all the Italian companies interested in doing business in the UK.

Since 2013, one of the Chamber’s main activities has been “Welcome Italia”, a B2B and B2C event based on a format able to attract both trade professionals and Italian food&wine lovers.

The event will be B2B only and will take place on 26th and 27th October 2020 including a full program of conferences, round table discussions, tastings and cooking shows with the country’s most important opinion leaders and chefs.

Paranoia in Society and History. SOLD OUT

After experiencing September 11 in New York, I started studying paranoia as a collective phenomenon. Among mental illness, only paranoia can literally make history, as it did through Hitler and Stalin. Paranoia can take hold of events directly because, unlike the rest of psychopathology, it is contagious. Its dynamics can be self-replicating, devouring entire societies. A leader can foster paranoia, but then lose control of the phenomenon. Once infected, the collective madness acquires an autonomous life. Its basic archetypal pattern consists on finding scapegoats and projecting all personal or collective shadow contents on to it. As such it tends to repeat itself in very different epochs and countries.

Masquerading behind false logic, paranoia is fatally attractive, far more seductive than any political, religious, or ideological discourse, and looks for victims. Paranoia relied on “spokesmen” but with modern mass communication and simplification, it can easily be multiplied at low cost, endowing collective aggressiveness with an amplifying self-feeding power. My talk looks at the use and misuse of paranoia throughout Western history from Ajax to Trump. I reflect upon paranoia through psychopathology, history and literature to better understand its power over the individual and society. Through a combination of circumstances, leaders, history and the power of social media this task is very timely and necessary

.In collaboration with the Society of Analytical Psychology.
Chair: Martin Schmidt

This event will be held in English.

Luigi Zoja, PhD, is a training analyst at the C.G. Jung Institut – Zurich, past president of the International Association of Analytical Psychology and former lecturer at the Universities of Palermo and Insubria (Italy) and at the University of Macao. Visiting professor at Beijing Normal University, he has a private practice in Milan, having previously worked in New York. He has published several books including Ethics and Analysis (A&M Texas University Press, 2007; Gradiva Award 2008); Violence in History, Culture and the Psyche (Spring, 2009); Paranoia. The Madness that Makes History (Routledge, 2017). Many have been translated into other languages

Join us at UCL’s Pathology Museum for an evening event to celebrate a newly installed art exhibition which explores the relationships between body matter and the biological rhythms of the brain.

Between 6-7pm hear perspectives from artistAndrew Carnie, pathologist Alan Bates, and neuroscientist Kimberley Whitehead, and stay on from 7-9pm for continued discussion as we view the art over drinks to a curated brain rhythm-inspired playlist.

Focussing on how the act of ‘making’ is not exclusive to mankind, the artist develops the process of interactions with living creatures into artworks. She presents what is born out of her interactions with living creatures as well as the relationship between humans and animals. This production process, akin to a collaboration with these living creatures, begins with research into the creatures’ behaviour and habitats, and evolves into an exploration of anthropocentrism and how to overcome it, of various issues related to migration and identity, and of the interplay between human beings and the Anthropocene.

For example, one of her most well-known works, Why Not Hand Over a “Shelter” to Hermit Crabs? -Border-, is a project where miniature replicas of cities from around the world are sculpted onto the top of transparent shells of hermit crabs, inviting the crabs literally to “move” from one shell to another. The hermit crabs, which by exchanging shells change their appearance, suggest the difficulty of migrants in changing identities as they move cities, but also a sense of anonymity in the free movement between their “cities”. These themes addressed by INOMATA’s works are becoming more and more relevant in the context of globalisation, and what some perceive to be its increasingly apparent challenges.

The Private View is a chance to have a first look at the works of the artist AKI INOMATA.